So far, we have addressed two-thirds of the nine reasons that family businesses rationalize not carefully considering and planning for their futures. You can link to the first two blogs in the series below. We’re always interested in your feedback; please add your comment or email me at Wayne.rivers@familybusinessinstitute.com. 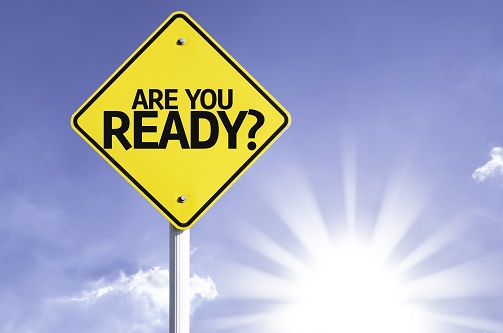 7. Senior generation family business leaders don’t know how to be fair to their non-employee children relative to their employee children with respect to their inheritance
A poll we did years ago identified that 80% of family businesses had children in the business, and 80% also had children not in the business (there is, of course, some overlap in the answers). There are two schools of thought here, and the proponents of either school would say the other side is all wet. The first side says that only EMPLOYEE family business members should own stock in the company. Nonemployee family members should be compensated in terms of their inheritance with non-business assets like cash, insurance proceeds, or real estate. The other side says, “I have four children, and, while one is in the business, I love them all equally; therefore, I’ll split all my assets into one-fourth increments, and my children will inherit share and share alike.” Depending on which family business advisors you talk to, you may get a very strong opinion on one side of that argument or the other. Here’s a dirty little family business secret: either way can work equally well! As long as the family goes into ownership succession planning with their eyes open and understands the pros and cons of the two most widely accepted methodologies, either can work. They just need the right structure and safeguards in place.
8. Family businesses see succession planning as an event – not as a process
According to an unpublished study by Dr. Jim Lea, family businesses that allowed 10 years for their succession plans to take root and go into effect were far more likely to enjoy business success 15 years later than firms who allowed five years or less for transition. The secret to succession planning, if there is one, is to allow enough time for the plans to work. There will be fits and starts, joys and disappointments, successes and failures, and home runs and strikeouts throughout the succession process. But the main thing is to recognize that it is a process with easily identifiable steps and milestones. What succession is NOT is an event. It’s not Dad announcing on April 1st that he’s retiring and will be out the door December 31st. It’s Dad, Mom, the adult children, the in-laws, and the key non-family employees coming together to develop a common vision for where the business ought to be in 10 years and then crafting a step by step plan for getting it there. Succession is a long term project like any other; there is a beginning, middle, and an end with plans and contingencies for each step and fairly predictable challenges along the way. Done correctly, every component of succession planning utilizes and builds on that which has gone before it.
9. It costs too much
Family business owners are thrifty; that’s among the keys to their success. However, there’s a vast difference between an EXPENSE, a cost, and an INVESTMENT which will pay a rate of return. All too often, family business leaders fail to make this distinction; they fail to recognize the opportunity costs of NOT engaging in a robust succession planning process, and the lack of planning doesn’t really impede them in the short run. Where those chickens come home to roost, however, is in 10 or 15 years when the business has failed to upgrade its people, systems, practices, IT, and thinking, and the competition has passed them by. A successful family business failing to reinvest in renewing itself periodically isn’t thrifty; it’s cheap and misguided and is often an excuse for clinging to the status quo (see #4 – It’s always safer not to change – above)
Next year we will see another survey from another research organization, and it’ll have some of the same startling statistics about the lack of preparation for intergenerational family firm transition. And you can bet that the nine reasons for that lack of succession preparation will not have changed.
Click here to review part one of this series.
Click here to review part two of this series.